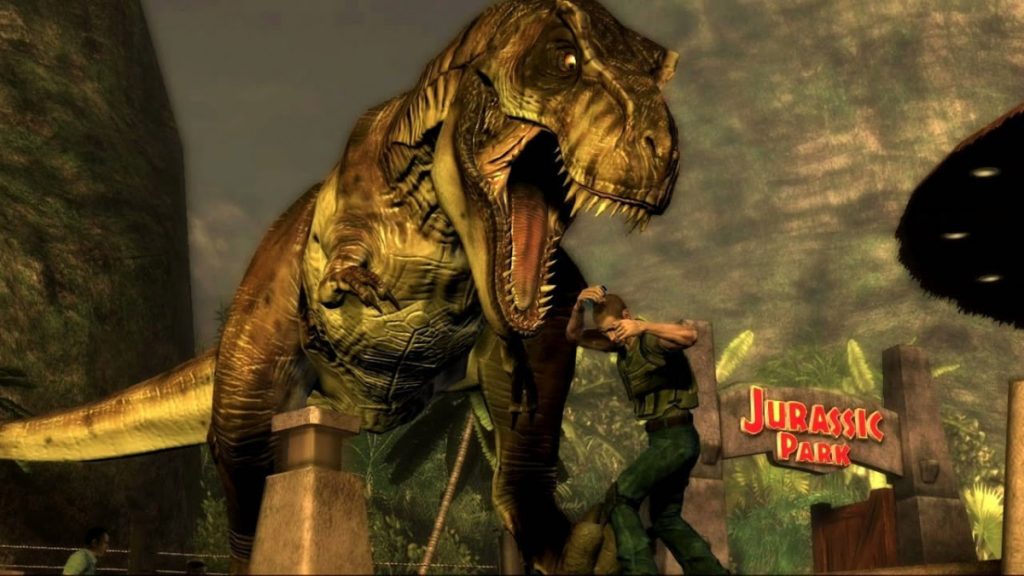 Jurassic Park  The Game: The Review

Telltale Games weren’t always the powerhouses in gaming that they were today. In fact, perhaps the best example of how mediocre some of their earlier efforts were is that you probably had no idea this game existed. Yes, Telltale Games once tried to try their hand at creating a Jurassic Park version of their stylistic gaming and it turned out, visually, how you would imagine. The graphics are very similar, the point and click style of gaming remains and there is a bigger emphasis on character than you would find in any other game, especially one based on Jurassic Park. However, this attempt didn’t really work out as well, as you would hope.

In fairness, production was a little messy. In Telltale’s head, this game would be a four part series, in a similar vein to their current line of games. Every month, a new chapter in this story would be released and you would slowly get to grips with their take on the story and come to know their original characters for yourself. However, it didn’t really work out that way. Jurassic Park was released around the time that the PS3 and Xbox 360 hit the markets, so the bosses at the development company asked them to postpone the release of the game, so it would be one of the first games in the shops for customers. This led to the decision that the game should be accessible in one, huge chunk, the series gaming format not quite convincing publishers that this was the right way to sell their products. The truth is, this didn’t work. Try playing a Telltale Games series in one go and it does get a little stale. It is amazing how much of a difference it makes when the ‘wait until this week’ factor is taken away from the gamer. It also hurts that this was Telltale before the whole ‘choice map’ genre was coined. If you are expecting wildly different stories from everyone else, then you will be one of the many gamers that were sorely disappointed. It is hard to disagree with the critic’s angry reviews: this is essentially a playable movie, asking the gamer to complete simple tasks and control the action via quick-time events. There is no taking control of the universe, as we get with the Walking Dead or Game of Thrones Telltale Games. You are merely dumped in this world and asked to get to the other side of the level, through trial and error. This is why Jurassic Park was cursed into obscurity: it ends up feeling like a rather pointless game.

It’s not a total disaster though. Yes, it is little more than a playable movie, but the story is a rather good one. This was released in a time when we were sorely needing some Jurassic Park action. Jurassic World wasn’t a thing yet and there were few rumours that another movie would ever happen. Telltale Games pretty much give us an animated sequel (or in actual fact, side-quel), to satisfy our cravings for some dinosaur action. You play as several characters trapped on the island as the park crashes to a halt. These characters are surprisingly quite three-dimensional and their moral standing evovles as you progress through the game. One of the playable figures is a female mercenary teaming up with the infamous Dennis Nedry. She is kind deep down, but her motivations are fuelled by a big paycheck waiting for her at the other end of the story. Then there are the mercenaries, who are fun to spend time with, but could prove dangerous to the other group of characters you have grown attached to. By the final episode, you have no idea which ones are going to come out on top, their confrontations complicated by an ever increasing dinosaur threat. And the dinosaurs come out very well, because of this too. Because this game is able to spend much longer in the universe than a movie would be able to, there is no rushing through set-pieces to give each dinosaur a fair amount of screen-time. The T. Rex remains the big one to watch out for, always the scene-stealer, no matter if it starring in a movie or a game. The raptors have their own time to shine too, as well as some extra dinosaurs being added to the mix. A sea-based Kronosaur shows up for the final episode and my personal favourite would have to be the terrifying Troodon. They almost rival the Raptors when it comes to the stealthy pack predators. Yes, the story is spot-on, but if you’ve come here for something closer to traditional gaming, this will sorely disappoint.

Final Verdict: One for the Jurassic Park fans. It is essentially a playable movie, featuring none of the quirks that Telltale Games later adopted.