Time for another anniversary event at the Oracle of Film. Every year I am on the lookout for the worst lyrics of 2014, because there is something so amusing about putting them down here in black and white and analysing them. The trick is trying to figure out which ones are self-satirical and which ones are honest attempts at coming up with good lyrics. It was much easier back in the days when the Black Eyed Peas were around. Below, I have assembled ten lyrics from 2014 which deserve a face palm every time you hear it. Enjoy.

10 – CHAINSMOKERS – LET ME TAKE A SELFIE

“What should my caption be? I want it to be clever. How about “Livin’ with my bitches, hash tag LIVE” 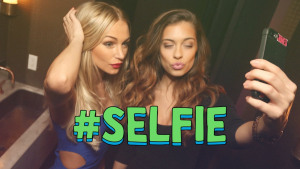 OK, yes, right off the bat, I am breaking my first rule. Some of this stupid lyrics are actively trying to be stupid and therefore do not deserve a place on this list. However, this one so perfectly captures the very essence of stupidity that it seemed unfitting not to reference it on this list. For those of you not familiar with the song, it is essentially a drunken girl rambling at a party, using endless slang words like ‘ratchet’ and ‘hashtag’. This is the one lyric that never fails to make me keel over in fits of laughter. It deserves a mention and therefore, this is me giving it one.

OK, George, I know counting is hard, but at least break into double digits, man. He was doing well, but the moment he hit nine, he got stuck and trails off into saying nine, nine, nine a few times, before trying to change a syllable, so he says ‘na, na,’ instead. Some argue this is intentional and perhaps even witty, but seeing as it is a play on words a four year old could come up with, my suspicions are strong.

Katy Perry proudly destroys her reputation as the party girl, by claiming her ideal night in, is one playing table tennis. I can see why Russell Brand ran off. He was so bored, he joined politics.

“Boys only want love if it is torture.”

And Taylor Swift summarises her entire impact on the dating scene in a single lyric. Good work.

This really was a song-stopping moment. Neon Jungle burst onto the club scene, bringing back Jungle Rave music. The chorus to this song is something we haven’t had before and I was looking forward to this exciting new talent. The iTunes preview won me over, so I bought it and listened to the whole thing, settling into what was shaping up into a great song. And then this lyrics comes in. It is near the end of the song, when the girls throw together a closing rap to tie the second and third chorus together. Fresh like lettuce! Really? Was that the best you could come up with?

“I got the heart of a lion and the looks of an elephant / Damn scared of rats, but I’m ready for anything.”

I love that 50 Cent thought this lyric was a good idea. The song consists of him comparing himself to animals. The looks of an elephant is pretty funny in itself, because he obviously is referring to his size and muscles, but the listener just imagines 50 Cent looking dopey with a long trunk sticking out of his face. The true combination of ebony and ivory, I suppose. But immediately afterwards, we get the funniest destruction of a song ever. The hard man Curtis Jackson, 50 Cent, demolishes the entire reputation he built for himself by revealing his phobia of rats. Just to top it off, he assures the fans that he still ‘ready for anything’. I have a mental image of him running into a heist situation, perhaps getting involved in a gun fight to save the ‘hood Grand Theft Auto style, and then retreating out of a particularly dirty alleyway, shrieking “Rats! Why did it have to be rats?!”

“My flow’s retarded/ each beat did depart it.”

No one has ever accused Iggy Azalea of being a wordsmith, but she usually gets the job done. I have heard worse. But there is no defending this absolute shocker of a lyric. I don’t quite get where she is going with this joke, claiming that her flow is retarded. Maybe she wants to suggest her music is ‘simple’. Whatever she is getting at, it definitely is not politically correct and her reputation plunges a little further down the rap heap. Not even a joke in this entry, just a shaking of my head in disapproval.

“Hot damn it/ your booty like two planets/ go ahead, go ham sandwich.”

I am trying to figure out what this lyrics means, but the more I think about it, the more I get a little queasy inside. DeRulo basically condenses all of his ‘booty’ jokes into one song and has a field day with ‘assing around’. However, there is a problem. He is running out of euphemisms. The ‘two planets’ one is a little shaky, but the rest of the song lowers the audience’s expectations to that level. The ‘ham sandwich’ one is just… what? I assume he is referring to the lady in question’s buns, because that makes sense, but I am struggling to see where the ham part of this comes in. Until that horrible, creeping thought comes into my mind.

Hang on, I need a moment to try and explain where I think DeRulo is going with this, in as least an offensive way as possible. Think the ‘booty’ region, but the… ahem… ‘front booty’ area. Perhaps, he is hoping that the girl he is dancing with tonight is a loose (and I think he means loose in more ways than one), in a sense, where she could be regularly ‘frequented’ by male admirers. Using this line of thought, her ‘front booty’ could be ‘loose’ and in many regards, look a little bit like a ham… no, let’s just move onto the next lyric!

Just brilliant. I am going to stop and just give Miley a round of applause, because this could be the greatest rap lyric of all time. I really want to get into a fight in a bar one day and the person trying to start a punch-up with me, using this line in a tough guy voice. It is the utter disregard for grammar with the ‘I’s bananas’ that makes me chuckle. But not that this person is stupid, because they know about ‘fucking’ animals and ‘shit’. Hence the witty use of connection with the subject of ‘bananas’ and ‘Orangutans’. There really is no comeback to such a fine use of lyrical genius. But wait… it needs a finishing move. Just one word to really slam the nail into the opponent’s coffin. It is the ‘bitch’ at the end there that just gets to me. I imagine it in a Jesse Pinkman voice, as if there is no way anyone can hope to come up with a comeback to that. You know what, screw it! Tonight I am going to start a fight using that lyric.

“He loves that fat ass!”

To add to the stupidity, the caption for this photo online was ‘Nicki Minaj starring in the video, Anaconda’ as if it was touch-and-go whether she would be in her own video.

But the winner of the Worst Lyric of 2014 has to go to the Queen of Screams, Nicki Minaj. The whole song is just terrifically terrible. Some of the lyrics are clever euphemisms, but as we get further into the song, she just gives up and starts singing about penises. However, at the very end of the song, and it helps to have the music video playing just to truly hammer this but into your nightmares, there is the line of true horror. The video shows Nicki giving her partner a lap-dance with her voice echoing around the room. “He loves that fat ass!” And then that is followed by the most blood-curdling cackle I have ever heard. Is that meant to be sexy? Is the guy receiving the dance meant to be enjoying that? That laugh stays with you for a few nights afterwards, echoing in your mind, the lyric and laugh that cannot be unheard. Guess what? Her anaconda just bit, and the damage is permanent.