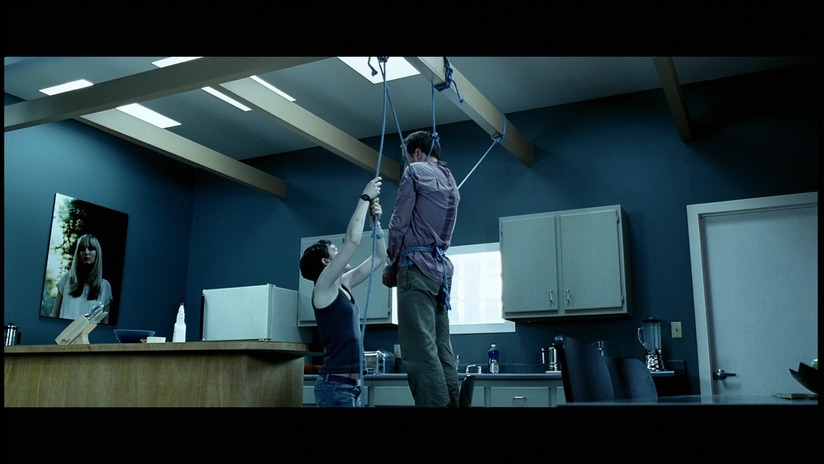 Director: David Slade
Cast: Ellen Page, Patrick Wilson
Plot: A fourteen year old girl (Page) believes the man she is talking to online is a paedophile, so goes out of her way to torture him and ruin his life.

There is something very satisfying watching a star being born. This is Ellen Page’s debut film, or at least the one that launched her into major success and fame. And she totally kills it.

Hard Candy is definitely a very interesting film. David Slade has a decent story to tell and for a director that has only directed music videos before this (hey, a double debut!), this is an excellent body of work. Slade focuses on the two leads here, so they are the only people to care about in this universe. When the film opens at the café, where the two characters meet for the first time, there might as well be no one else in that building. Slade zooms in on their faces, so we can register every strain of emotion, as they get to know each other. This is a very important aspect of the movie, as these two characters have a large collection of secrets that this movie enjoys slowly uncovering. By the end of the movie, we have no idea who these people really were, so these small facial tics and gestures are the audience’s clues to put together after the showing. Slade also directs the action, so the most important things are always kept out of frame. Early on, this is Ellen Page talking to an out-of-view Wilson. Later, when the gruesome stuff kicks in, it is the stuff that we cannot see that chills our hearts. Gore porn fans might rebel at the idea that the nasty stuff is done out of view, but personally I think it makes this movie a more psychologically creepy watch, making it stand out above the majority of torture movies. 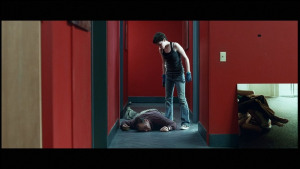 The characters are portrayed excellently. They are so… normal. We spend the movie trying to figure out if Patrick Wilson really is the child molester that Ellen Page thinks he is, as the real answers are all but hidden. Page gives us a compelling argument for his guilt, but because we, as an audience, are brought up on the concept of ‘innocent until proven guilty’, we begin to sympathise for a character that could be a paedophile. David Slade never forces an opinion down our throat and it is the open space between answers that makes this film. The scene where Page and Wilson go on a date is so normal, it is creepy. No one overplays the innocent girl or the manipulative paedophile figure. They appear to be having a genuinely good time, like a normal couple, but their age difference makes everything so… wrong. It is eerie when one of them makes a sexual remark. It is impressive that neither Ellen Page nor Patrick Wilson ever feel the need to over-act. It isn’t as though they are coasting through the movie; Slade gives them scenes where they can put everything they have into the performances, which is always exciting to see, especially from Ellen Page, who is phenomenal in such a vulnerable and interesting role.

This movie is guilty of something that fellow blogger, the IPC calls the money-shot. There is a clear moment that Slade is working up to, potentially the one scene that made it from the first draft to the cinematic release. It is a terrifyingly gruesome one, causing the audience, especially of the male gender, to squirm uncomfortably in their seats. It is the foreplay of the money-shot that gets to you though. That one moment is built up and up, almost like an actual torture, so the audience and Wilson are being slowly killed through the wait. We cling to the thought that the movie won’t go through with it (and I am not going to be the one who tells you if the movie actually goes and does it or not), but either way, it makes Hard Candy a tough, yet satisfying watch.

Final Verdict: A simple idea, yet it still leaves a mark. Hard Candy stays with you long after it is over, and shows the world that Ellen Page is ready for the acting big league.