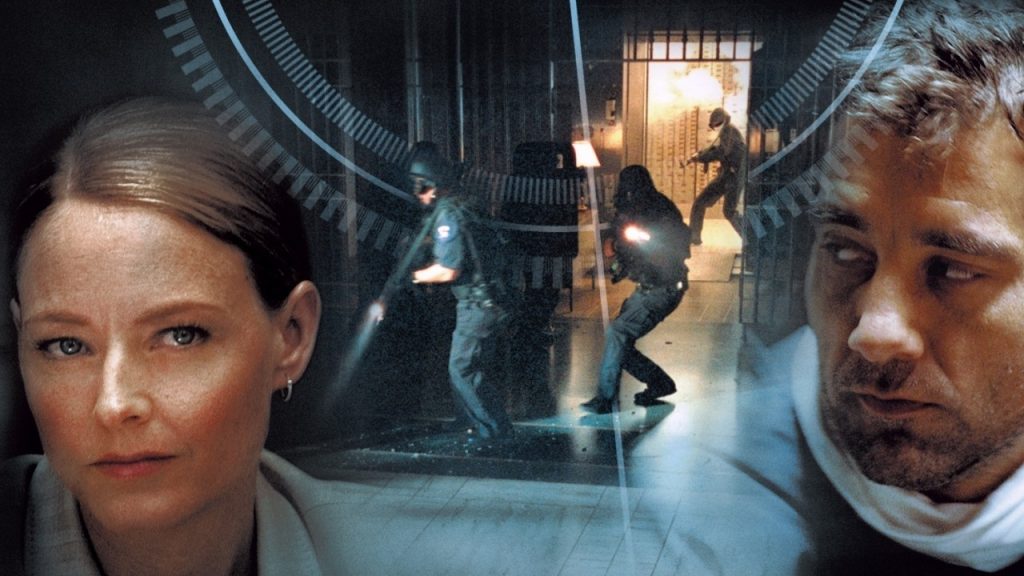 Inside Man: The Review

Director: Spike Lee
Cast: Denzel Washington, Clive Owen, Jodie Foster, Chiwetel Ejiofor, Willem Defoe, Christopher Plummer
Plot: Police hostage negotiator, Keith Frazier (Washington) thinks that he has everything worked out when a group of robbers attack a Manhattan bank, but there is more to the heist than meets the eye.

Hostage movies are a bit of a mixed bag. As I have said before with my review of Firewall, they are essentially a stalemate, meaning that the plot gets too grounded. There is usually a gripping premise and beginning, followed by a bloated middle section, where the writers try and get around the concept that nothing is actually happening. We can only hope that the ending is good enough to make the arduous task of watching these films worth the wait, and even then, this only happens an occasional amount of times. 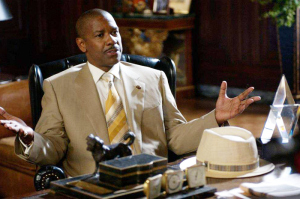 I went through a phase of watching these movies over and over again, because I liked the concept so much. When my love for movies first kicked off, I always wanted a twist to be waiting at the end for me and bank heist movies did the job well. There was always a cop figure that I could emphasise with, right off the bat (hopefully given to the right actor – in this case, Denzel Washington, who is charismatic without ever really trying), and a villain that is just as cunning as the hero. There would be a cat and mouse game between the two of them with the cops looking like they were ahead all the way, but the villain would always have a trick up his sleeve. I watched so many that they all blurred into one, but Inside Man always stuck with me. If this is a genre you want to try out, Inside Man is probably the best one that doesn’t break the formula in an unrecognisable way. Despite taking these over-used plot points, Spike Lee does something different with the material, showing it in a way that always has your attention. It doesn’t hurt that the dialogue is bang-on the mark and the story doesn’t veer too far into the ridiculous.

People have always told me that Spike Lee is a director that might disappoint me. His movies are often controversial and bizarre. Inside Man, on the other hand, is a bizarre choice of movie for him. While Lee often pushes against the boundaries of genre, Inside Man ticks all the boxes for a relative entertaining summer flick. Inside Man, if nothing else, is something you can stick and relax into the knowledge that you will most likely enjoy this film. In fact, Spike Lee is one of the main elements that keeps it going at a speed, much more comfortable than others of this genre. The direction is snappy, stylish and undeniably cool, from the catchy opening sequence to the flash-forwards dotted throughout the narrative. Lee takes a straight movie, but never plays it straight, toying with the concept of linear story-telling, but not in a way that means to confuse. While we could argue this is still a movie about a stalemate, I, for one, was never tempted to turn off the film, my attention always riveted to the screen, hooked on what I was experiencing.

The cast are your typical A-Listers, making it an even more comfortably entertaining experience. Denzel Washington is at the peak of his career, guaranteed to drag a cult following to any movie he decides to show up in. Stick him next to the likeable Chiwetel Ejiofor and you can a charismatic buddy cop pairing. Even if you don’t buy into the big mystery, there is some fun to be had, watching these two actors bounce off each other. Next up is Jodie Foster, arguably the biggest name here, perhaps with the most experience. She plays it suitably Fosteresque, hamming up the meanest character in the movie and strutting around the set, with more swag than the bad guys robbing the bank. She acts as the murky grey to Washington’s white and Clive Owen’s black. Clive Owen could be the biggest treat here, acting-wise, a surprise, because the actor has never been one to steal a show. Sure, he plays it with the usual one-dimensional tone of voice and straight-face, but, here, it just works. It gives Owen’s bank robber this sense of mystery. He could always be moments away from snapping and we would never be able to predict when. He is so fun, you wouldn’t be blamed for wanting the bad guy to come out of this situation the winner. 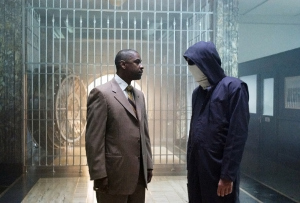 Of course, despite the fun we are having, it does fall under the usual downsides. It is a heist movie, and yes, it does have a stalemate. Sure, it is fun, watching these conventions play out, but for a lot of the movie, we do have this great sense that we have been here before. The opening to the movie, no matter how flashy, is the same, old bank heist movie we have seen several times before. Despite outstanding performances, the roles fall into stock characters. It might bother you, it might not, but this is the hand Inside Man has been dealt. Then, of course, it all lands on the ending of the movie to decide if you are going to walk away happy from this movie or not. The finale is a little ambiguous, Spike Lee wanting the viewer to make a couple of decisions about what actually happened. The concept takes a while to wrap your head around and, even if you leave this movie a little disappointed, hopefully, like me, you will eventually decide that Inside Man does a pretty good job at making a tired genre piece fresh.

Final Verdict: A fool-proof cast, sharp script and keen direction stops Inside Man from falling too hard on the common problems with the genre.