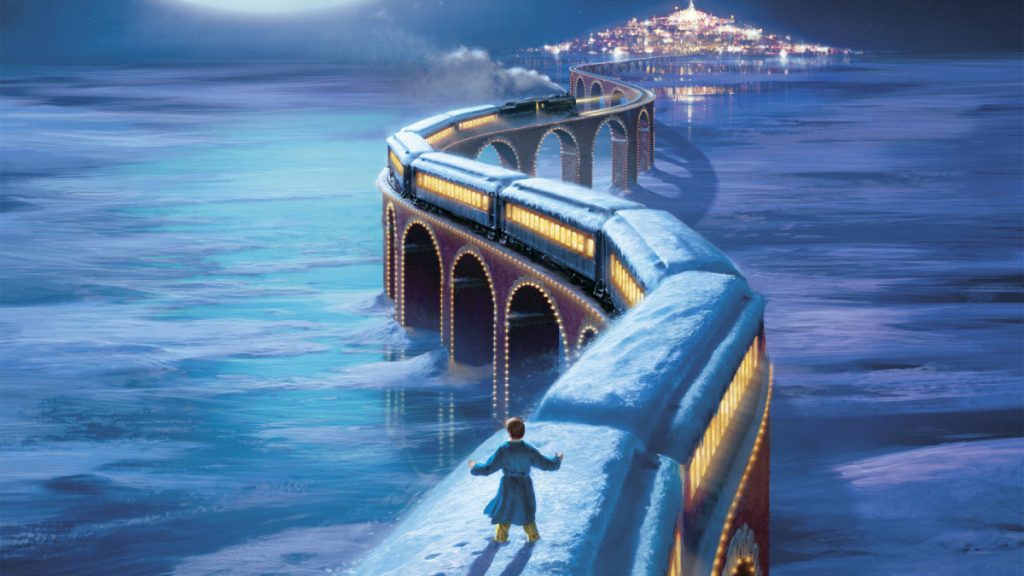 The Polar Express: The Review

I have seen this movie far too many times. I work with children at a holiday school as a part-time job and at the end of the day, we put on a DVD to help them chill out in time for home time. They always pick either ‘Chicken Little’, ‘Looney Tunes’ or this. This is a shame, because as far as Christmas movies go, I really don’t get along with this one.

I appreciate the visuals at the very least. This was a massive jump in animation technology at the time, so as a landmark moment in film, I feel the need to praise Polar Express upon this. It takes the motion capture technology from Lord of the Rings that gave us the terrific Gollum and puts this new craze into a pure animation film. This and ‘Beowulf’ were the two films that kicked off this trend. You might recognise the technology from some games this year, Beyond: Two Souls being the most common one. So yes, visually this movie is stunning and it is a joy to look out. The film provides us with some beautiful frames and set-pieces, really milking this technology and acting as a love letter to how far cinema has come, since the very first animated ‘Snow White’ movie by Walt Disney.

Sadly, the actual story is so cringe-worthy. Kids will love this movie, as it really does take the theme of Christmas and run with it. I have no problem with celebrating Christmas, but this film goes for the moralistic side of things. Therefore, every scene and piece of dialogue seems to be filled with some form of life lesson. We get all of these bratty kids going through some character arcs that I thought we had covered a few decades ago. Everyone is designed by their predominant character flaw and we have to spend the entire running time of the film watching them get over this. Of course, it gets worse the closer the film gets to its climax, especially with Tom Hanks milking the ‘surrogate God’ role. I love Tom Hanks as an actor, but this is such a ‘Tom Hanks is amazing’ role, that it just does not work for me. The whole experience resulted in me cringing at a cheesy script and basic story.

But at the end of the day, this film was not made for me and the kids at work love it to pieces. It summarises Christmas in broad terms and tries to find a nice moral, even if it does try far too hard. Maybe I should just stop being a scrooge and applaud this movie for what it does well. It looks great, embraces Christmas and pleases children on Christmas day.

Final Verdict: Far too cheesy for this reviewer, but I am sure the kids will like it. At the very least, we can admire the fantastic animation.