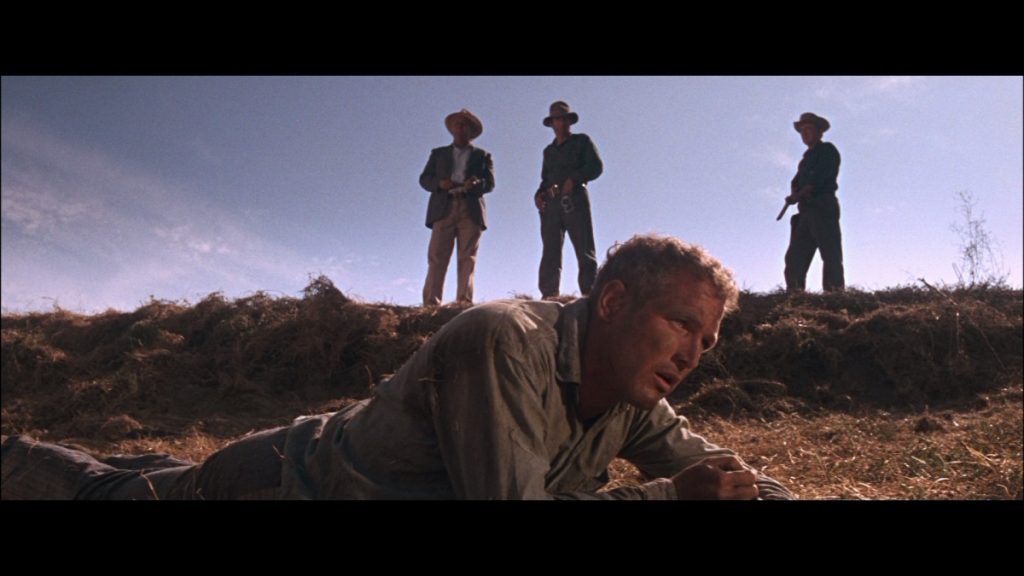 What better way to spend my birthday than posting a review on the film I was named after. My father showed me this movie on my seventeenth birthday and I have been fascinated by the character and movie ever since. It is a true masterpiece.

Coolhand Luke is thrown into a prison, after destroying parking meters on a drunken night out. Rather than simply waiting to be released, he extends his sentence dramatically by refusing to bow to the authority in the prison. His tenacity soon helps him win over the inmates and makes him a target for the sadistic warden, known only as the Captain. Luke soon becomes obsessed with breaking out of that prison to show up this Captain, even with the odds heavily stacked against him.

Odds are even if you have never watched or heard of this film, you will know a few of the scenes. The very name Coolhand Luke is iconic in the film industry. The scene where Coolhand Luke eats fifty hard-boiled eggs in one hour is fantastic and proves all of Coolhand Luke’s attributes in a single scene. And of course, this film holds the honour of one of the greatest lines of that era. “What we have here is a failure to communicate.” A film that was made this long ago, yet still holds all of these important places in pop culture, is definitely a film to be celebrated. It was a real pleasure going to the source of all of these movie moments are seeing where they originated. I am glad my father waited until I was a suitable age to appreciate the mastery behind this simple, yet effective story. 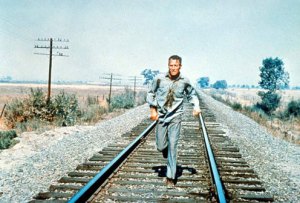 Of course, this is all Paul Newman’s show, playing the title character with such energy and charisma. He got an OSCAR for this role and it is easy to see why. It is such a tough character to portray. He is a criminal and we should be hating him and his friends, yet the story is meant to be portraying prisons in a negative light. Therefore, Paul Newman is given the responsibility of making Coolhand Luke work. And it is impossible to hate the bloke. He breezes through the film with such grace and charisma, that like the fellow prisoners, you will end up loving his tenacity and inability to give up. He is put through some tough ordeals and always gets back up and tries again. Ironically, Coolhand Luke is both a prisoner and a role model.

While watching this, I drew several comparisons between this and Shawshank Redemption. It is the same breed of film, bringing up the same topics and all leading to a prison break-out. However, Redemption is easily the more intelligent film. The ending is so unexpected that it has won a special place in the hearts of anyone who claims to be a film geek. Coolhand Luke is another breed of prison movie. While Shawshank Redemption was surprising us at every twist and turn, Coolhand Luke is painfully predictable. We all know where the story is going and when it finally happens, it is a gut-wrenching shock. However, this is another beat that proves how brilliant this film truly is.

Final Verdict: Time has treated Coolhand Luke well, proving that despite its age, it still achieves every goal it sets out to. A true classic.