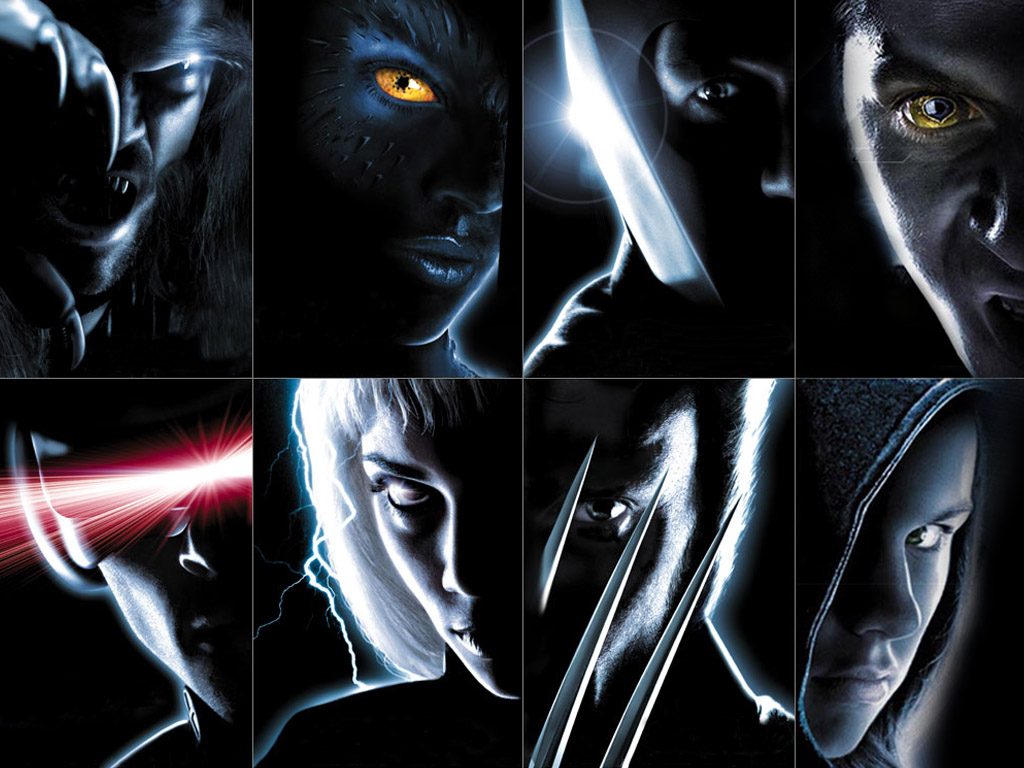 Director: Bryan Singer
Cast: Hugh Jackman, Anna Paquin, Halle Berry, James Marsden, Famke Janssen, Shawn Ashmore, Rebecca Romijn-Stamos, Bruce Davidson with Patrick Stewart and Ian McKellan
Plot: In the near-future, kids are born with strange mutant powers and feared by the public. Professor Charles Xavier (Stewart) builds a sanctuary, where they are safe from the outside world. However, some mutants believe that humanity needs to be punished.

As far as the early superhero movies go, I think the original X-Men movie was the first-time I fell head over heels in love with one of them. On reflection, some of the other superhero movies were better with the sharp direction and themes, but when it comes to a superhero movie that never forgets to be a fun, action thriller at the same time, Singer’s first X-Men film is excellent at rising to the challenge. 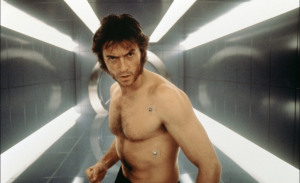 The movie opens through the eyes of a runaway teenage girl, who has been ‘cursed’ with the power of absorbing the life from anyone she touches. In a backwaters bar, she seeks help from a tough, silent cage-fighter, who goes by the name the Wolverine. But Wolverine comes with his own baggage. Before long, he is attacked by a mysterious mutant called Sabretooth. They are saved by some more mutants and the two of them end up hiding out in Charles Xavier’s School for Gifted Children. Here, they discover that Xavier tries to help those mutants coming to terms with those powers, as well as protecting humanity from a mutant that wants to unleash rage upon them, Magneto. Together, they try to figure out why Magneto is after Wolverine, or maybe he isn’t after him at all.

The main problem with creating an X-Men movie is the size of the character list. The X-Men have a variety of interesting characters with long-winded back-stories and personalities that the writers need to explore sufficiently. One of the main problems with the X-Men movies is that Singer doesn’t even try to explain every mutant. Personally I think this was a clever side-step of a tricky expositional problem, but I can see why fans of the comics might be upset that Cyclops comes off as an annoying douche and Storm’s character never really gets a character arc. Singer simply takes the most interesting of the X-Men, (I’m sorry, there is no room for discussion – Wolverine, hands down, every time!), and shows us this interesting world of prejudice and mutants through his eyes. Therefore, despite the massive amount of characters and powers to get through, it never seems like it is too much.

Something else I feel that needs addressing here is how good the casting was. While he might have been slightly too obvious a choice for the role, Patrick Stewart does look like he has come straight out of the pages of the comic books. Hugh Jackman totally becomes the character of Wolverine, really getting to the grips with his animalistic movements. Halle Berry also looks the part completely. If you didn’t picture McKellan as Magneto in the comics before, you will now. Despite not showing his face as the sinister villain for some time now, McKellan might still hold the trophy for best Marvel villain. It is hard to really compliment the acting here, because everybody is on terrific form.

One thing I never liked about the comics was the fact that they always seemed to get too messy fast. There always seemed to be some great big, overarching plot going on, with every character trying to jump into the spotlight. It is the main reason I have never really embraced the X-Men comics, as well as I have embraced Spiderman or Batman. In fact, the movies will end up heading down that route now. Just look at ‘Days of Future Past’ if you want to know how complicated an X-Men plot can get. However, my favourite thing about this X-Men movie is how simple it is. Sure, the stakes are raised really high with New York at stake and I was totally buying the idea that the movie was going to kill off Rogue. But it never gets too much. Despite the grand mythology of the X-Men and the intriguing characters Singer has at hand, he never forgets the most important thing about directing a superhero movie: to have fun. And this is what we get. One of the most fun action thrillers to come out of 2000.

Final Verdict: A fantastic start to one of the longest-running franchises in the superhero universe. Every actor and the director himself performs to the best of their abilities to bring us a fantastic blockbuster.