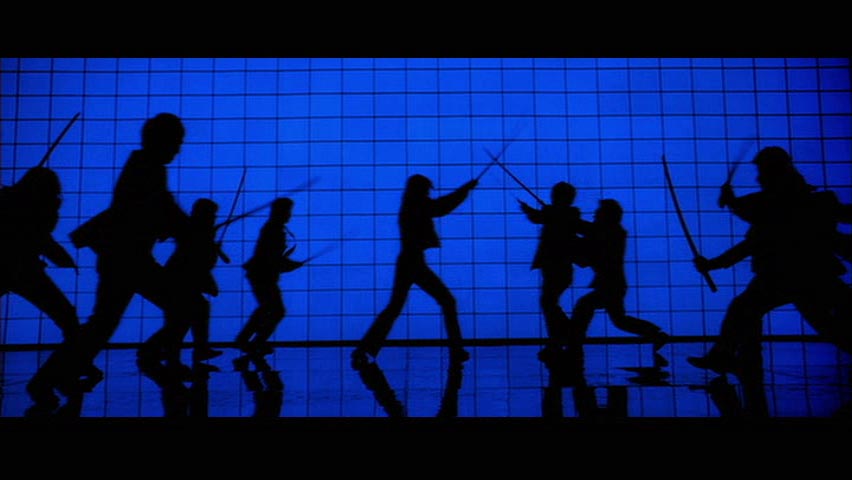 Director: Quentin Tarantino
Cast: Uma Thurman, Lucy Liu, Daryl Hannah, Vivica A. Fox, Julie Dreyfus, Sonny Chiba, Chiaki Kuriyama
Plot: After being shot and left for dead by her old gang of assassins, The Bride (Thurman) recovers from her coma and goes after those that betrayed her.

Kill Bill is an important film for Tarantino fans, mainly because it is the first time he stepped away from the gangster genre. Kill Bill is his two part look at the world of martial arts cinema. As with all Tarantino films, he masterfully looks at every detail and trademark from this side of film and applies it in his own pop-culture mad way. It was always going to be an original, successful film.

It has one of the best openings in Tarantino history. After a chilling black and white scene, where the unseen Bill shoots the Bride in the head, we jump forward in time to our unnamed protagonist stalking one of her old comrades, Copperhead, and brutally fight and kill her in her own kitchen. It is a massive slap in the face for those expecting the usual dialogue heavy experience of a Tarantino film. What follows is one of the bloodiest pieces of cinema in a long time. Sure, we are used to the gruesome gut wounds from Reservoir Dogs, but since Kill Bill we have never looked at a Tarantino film in the same way again. Heads are sliced, revealing brains, people are left wounded on the floor, far too much blood spraying from their cuts and most of the final fight will be spent wincing at every bone-crushing blow dealt to the enemies. 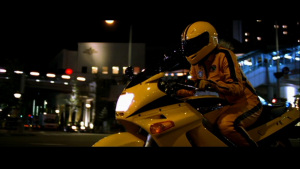 Kill Bill also strikes me as a very colorful film. Color has always been an important part of Tarantino’s films, but here it plays a very important part. Costume is designed perfectly, Uma Thurman taking on the Crazy 88 in the finale, dressed in the same colors as Bruce Lee in ‘Enter the Dragon’. (Apologies, but I have just been told by fellow blogger, wcman that this is not a reference to ‘Enter the Dragon’ but ‘Game of Death’). Parts of that same fight are done with silhouettes, the precise shadows of the Bride cutting through endless thugs. It writes like a love poem to these great martial arts films, which is exactly what it is planned to do. It makes me feel kind of sad that I have never really embraced this side of cinema and while I know that these films will be totally different to this pastiche written by Tarantino, I feel like I should start giving them as go. Suggestions for places to start in the comments below.

The most stunning part of this film is the origins story of the villain of the piece, O-Ren. She has a bitter history just as complex as the Bride, and while Tarantino keeps the hero in mystery for the first half of this two-part movie, he can go to great lengths to explain the antagonist. Part of the success of the film comes from this rich backstory he gives her. When the final fight begins, there is a great sense of these two unstoppable forces going about their own history and colliding with one another. In fact, one of the bad points of this story is that none of the other villains, even the head bad guy, Bill, get the same amount of time put into them. He tells her entire origin story in a masterfully designed anime sequence, throwing us into yet another style of cinema that really needs to be celebrated in this fashion more often. The story is beautifully told and it is breathtakingly directed.

The direction doesn’t really allow the actors to flourish as much as Tarantino’s other films have. They do a great job, of course, but they are more symbolic, archetypes, rather than fleshed out characters. Even O-Ren’s backstory, while beautiful is full of clichés and stereotypes. Of course, this is all part of the fun and not a criticism at all, but when it comes to the great Tarantino performances, Kill Bill will not be remembered for any of them. At least not until David Carradine steps onto the stage in the second part of the story. Instead find joy in the choreographed fight sequences, trademarks of the genre and artistic design. Yet another Tarantino success.

Final Verdict: Tarantino beautifully assembles yet another spectacle, celebrating one of the most celebrated movie genres in cinema. Colorful, masterful, but most importantly, so much fun.