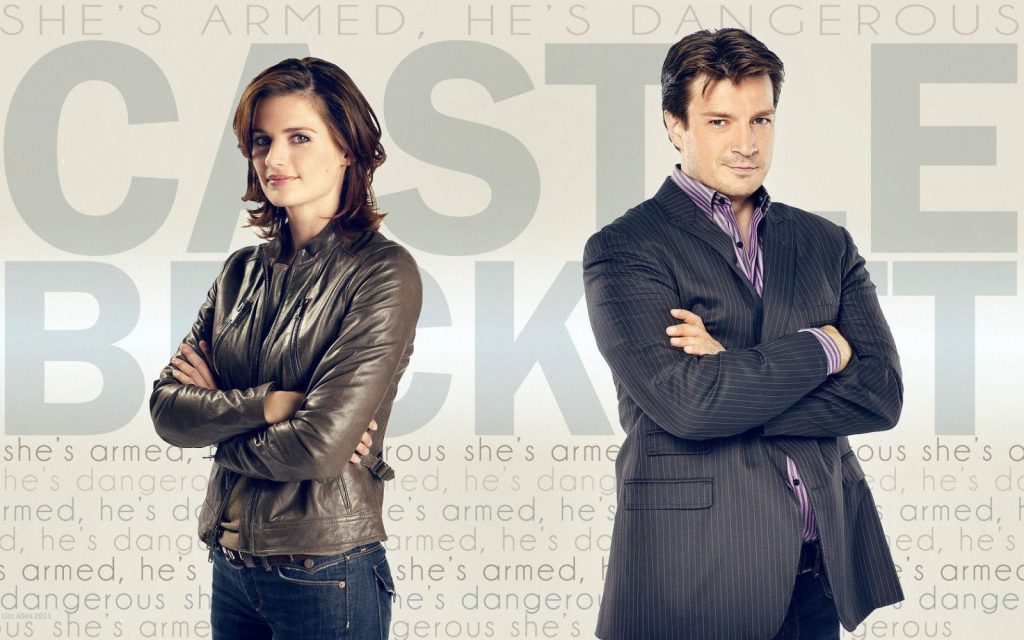 Castle – Season One: The Review

The episode kicks in. A pleasant summery song plays, the kind of music that instantly slaps a smile on your face. Before long, within seconds in fact, that sweet music is harshly juxtaposed with a gruesome murder, a bloody corpse that will be the core subject of the following episode. This is how each episode of Castle begins and is a pretty suitable microcosm for the rest of the series.

Despite each episode being about Castle and Beckett solving a gory murder, it is really light-hearted when it comes to tone. It has to be to make the premise seem realistic. Following the pilot, Nathan Fillion’s irresistible novelist, Richard Castle, bribes his way onto the police force to shadow determined homicide investigator, Kate Beckett, his muse for his latest novel character. Sure, it sometimes asks you to suspend the belief that the New York Police Department, and in later episodes the FBI, will allow a playboy writer to wander freely through homicide cases, yet Nathan Fillion is so roguish that part of you really believes the guy could charm his way into both organisations. Even when he is at his most mischievous, it is hard to refuse the eccentric author.

The thing that jumps out at you right off the bat is that this is basically a remodelled ‘Bones’. Stana Katic even resembles Emily Deschanel in a loose way. The male leads are both disciples of the Whedon world, both having a fun, humorous appeal to them. Both shows are about murders yet have a light-hearted charm that keeps you entertained. Sure, this show is more about people than physical evidence and could be blamed for being the less intelligent of the two, yet Castle has a way of sticking around. It is such a large premise (there is seemingly no limit to the amount of scenarios and means of killing), that there is room for both shows.

With this kind of series, it all hinges on the two leads and if they can hold the ensemble together. The simple answer is yes. Nathan Fillion is the star of the show, once again winning everyone over with a grin and some witty dialogue. On the other side of the coin, we have Kate Beckett. At first, actress Stana Katic comes across as a rough stereotyped cop – fuelled by the death of her mother and persistent on every case – yet as the show develops, Katic’s character becomes more interesting, especially when the chemistry between the two leads is allowed to crackle during the set-pieces. While at this early stage of the show, the writers are more interested at having fun than exploring too deep into these character’s lives, the two actors are able to lift their roles out of cliché territory, despite the show seeming to enjoy them (cue scenes with cops talking crime scenes over coffee and donuts). 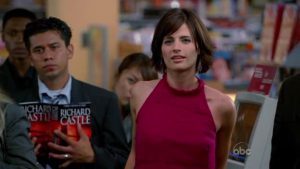 The supporting cast are just pretty faces at this stage of the game. We have the two cops that help Beckett out, Javier and Kevin. You will struggle to remember their names and they appear to have no outside life, yet they are charismatic enough to make you accept them as the friendly team. There will be time for development in later seasons, I’m sure. Castle’s family get a little more depth to them. Susan Sullivan plays his stay-at-home mother, who fills the screen with manic energy. We could argue she sways towards annoying rather than fun, yet her screen-time is too brief for it to get under the skin. The best of the supporting cast is easily Molly Quinn as Castle’s daughter. She is sweet, matches Castle quip for quip and we actually want to focus on her social life rather than the weekly murder. Some of the best scenes are when Nathan Fillion gets to bounce off each of these supporting stars. Sure, this might push Stana Katic into the shadows slightly, but I guess it is Castle’s name on the title, at the end of the day.

There is a little overlying plot, but not much. At certain points of the season, Castle reminds the audience that he is doing his own private investigation into the death of Beckett’s mother, the inner inquisitive author getting the best of him. However, it only really comes up in a handful of episodes, only truly developing in the finale. Even then, it feels like a side thing and we don’t really get any answers this time around. This season feels like a toe in the water, testing the reactions of the audience. Sure, it gets away with a lack of depth this time around, but I am hoping for much bigger things in the coming seasons.

Final verdict: Nothing we haven’t seen before, yet the cast are so fun to spend time with that it is hard to find too much fault with Castle.