Every now and again, a movie is released that rises above the mundane banality of the industry and changes the game. Two Girls One Cup is that movie, eye-opening and intricate no matter what angle you look at it. This film is essential viewing and a real masterpiece when it comes to keen direction and a true understanding of story-telling.

Let’s start by discussing the performances. Girl 1 totally owns every second of screen time she is given, showing off every prowess she learnt at acting academy. Her character is a complex and difficult one to portray. She is a dedicated performer, her heart set on satisfying her goals and letting none of the film’s obstacles stop her. Yet at the same time, there is a hollow look in her eyes. A vacant lack of emotion that adds another layer to the character. She has been destroyed by her journey to this point and there is a certain point, where you are unsure if she is going to survive the climax. I wouldn’t go as far as calling this movie a heart-breaking one, or even a sad one, yet there is a tragic underlying factor that is waiting for any film-lover that scratches beneath the surface.

If Anna’s performance is a little too disheartening for the viewer, then Ivana saves the day by just having some fun with her role. Girl 2 is there for the ride and that is clear here. She and the director get onto the same wavelength and they just bounce off each other. Tim gives her enough space to improvise the smaller things, yet has a suitable amount of control to mould her energy into something beneficial for the final cut. While not the best actress in the movie, she could quickly become one of the fan favourites of her industry. I predict big things for her future and expect to see her in many other exciting projects very soon. 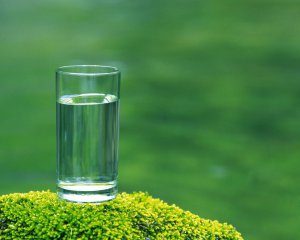 However, the clear star here is the cup. The script kind of fails the poor actor here, yet he manages to rise above the weak material he is given. He turns his two-dimensional character around and comes out with some integrity. Sure, on paper, he is little more than the stock victim character we expect from these kind of horror thrillers, but there is more to the character. There is this resilience here that is so admirable. He takes all of the damage in this picture, taking several risks that could be, quite frankly, career-destroying for the cup. Yet, despite everything he goes through, he emerges stronger. This cup is the role model we want to base our lives on. Throughout the entirety of the film’s running time, the cup is the one that teaches us how to better ourselves as a person, boasting an educational layer that most films that fall under this genre haven’t managed.

The most impressive thing here however is the political statements this film is clearly conveying to its audience. Not only are we entertained, but the film leaves us questioning the world around us. Maybe the conflicts in Syria would be avoided if we learnt to work as a team as well as the girls do here. Maybe we would be less harsh on the governments if we accepted that they are just trying to fill their own cup. Maybe we could understand Robin Thicke more, when we’ve had a look into just how sleazy the world can get.

Final verdict: A true masterpiece that remains a strong contender for film of the decade. Sadly, ruined by its eight sequels.